This weekend I attended the FTCWest, short for FIRST® Tech Challenge West Super-Regional Championship. It was held in the Oakland Convention Center, and it was an eye opening experience from a cultural perspective. The FTC is one of the main DIY Robot championship intended only for grades 7-12. The FTC offers a kit to design, build, and program a robot that is able to compete according to given yearly rules. The components of the robots are mostly Lego NXT motors and sensors, attached to well crafted pieces of metal and plastic used as base and arms. Most robots in the competition are similar in sizes and shapes, but what differs in each are the extensions of the robots that interact with the challenge’s physical elements. Be it gathering plastic balls almost the size of a ping-pong ball and transport them to a location, to opening a compartment full of these plastic balls, the extensions display the amount of work put into them. 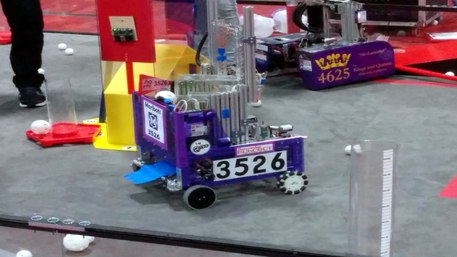 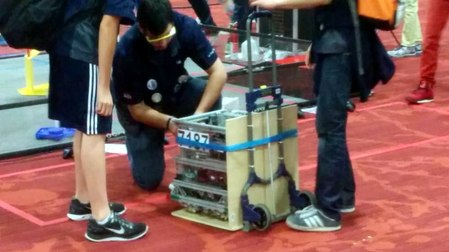 While there might be similar competitions to the FTCWest, and activities surrounding technology and science have almost become a norm in extra-curricular activities in the U.S.A. What amazes and intrigues me is the interaction of the many-to-many cultures, and I don’t mean nationalities and regional cultures crossing, I’m referring to the modern subset of cultures of our post-service oriented lifestyle. 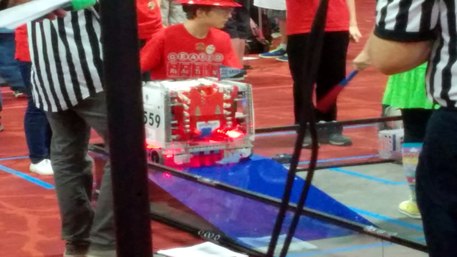 It took a decade, but we might be in the end of the full adaptation of the technology mindset into the common lifestyle cultures. How my generation differentiates race, sex, nerd, geek, hacker, cracker, scriptkiddie, devops, hardware hacker, real engineer, labrat, librarian addict, and such terms from each other, are radically of none existing matter to this new generations. I might depict myself as an old guy from writing this, and, well, you might say “you’re in your late twenties, how can you say that.”, I say that because it’s becoming the norm in my daily media consumption to find an article or blog post with regards of discrimination of any type. We don’t directly discriminate, but we do alienate in order to avoid conflict and maintain the “Chill” “Avoid any hassle and keep the peace on” mentality. In another spectrum, my beloved industry of software making is slowly alienating women and the diversity that brought it to its current grounds.

Not even the now part of the popular culture terms, ‘geek’ and ‘nerd’, were in no way mentioned or thought of. All I saw was the youth collaborating with each other to solve one problem. The best part of the teams ensemble, was the fact that they were composed of teenagers with different backgrounds, nationalities, and races. Each with unique varying taste. To give two examples, one of the “mechanical engineers”, the kid with the knowledge in handy tools, is a part-time break-dancer, unafraid to be mocked; the other team member is an advanced student in AP math and AP science courses, that preferred to take on the “industrial designer” role, since she wanted to take the influence of her art and design classes into the team’s robot design. 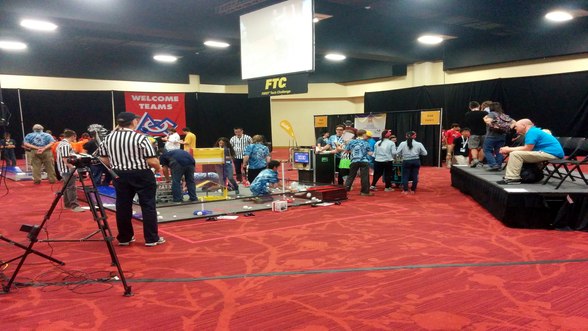 I can’t believe I’m saying this, but the small gap of information access that my generation and past one doesn’t value, is all the change we needed to break with the continuous linear relationship of cultures. The content that makes 90s NYC comedy sitcoms to a certain degree funny, is broken down. No wonder, I can’t make the sons of my cousins watch Seinfeld with me. I can see how most of it, is completely unrelated to them, when they could be watching a Korean Drama show, and probably after that, a Wes Anderson movie. So what happened?

Multilineal Cultural evolution happened. Thanks to the irresistible craze for knowledge and how easy it’s to access today’s information, new generations have benefited from this new accesses to different sets of behaviors that revolve around well-established cultures. There are certain fruits of this lines turning into one, for instance, higher tolerance that arises from the teachings of independence of thought and liberation through knowledge. While my generation and the past one, have worked hard to eradicated fascism, sexism, and racism, we were at the same time eradicating terms and notions of how can and what work and what role the individual can take in her or his life. It’s known that nobody is born a xenophobic, we teach xenophobia, but we first teach the concept of a stranger, there can’t be xenophobia without the idea of a stranger. We have been slowly merging lines, and lines, to come out with a new line of culture without all the elements that we, my generation, keeps fighting.

I’m excited to see what the future holds for the new generations, and their ideas of what is fair and just. More on that is the emergence of Nerdcore and other ‘nerd’ culture related content that is now basic cultural norm to each new teenager, and not even considered a mix by them. I can’t believe a culture that was bullied and made fun of for an entire decade is now mixed with a culture that was speaking for the oppressed and angry that later became the billion dollar phenomena that it’s now. That same culture, I’m referring to the Hip-Hop culture, is now interested in the bullied and the one that was made fun of, the tech-nerd-geek culture that seems to no longer exists in the current youth, since this culture is now ingrained to them as part of their normal activities.

They can market to them as much as they want, but it seems that the new cultural line is not buying the formulated separation made by the media and the big Telcos, and I say good for them. I hope they don’t jump in the same abusive behavior that was re-sold to past generations, like the grunge movement, and the horrible late 90s popular culture. New generations keep on fighting the good fight, you have the internet on your side, the old media conglomerates only have dead near them, just wait, it’s only a matter of time.

Now we can think of this multilineal cultural lines as nodes. Imagine what will happen when each node mixes to create a new multilineal culture, but now with massive cultural points that range from language to thought evoking processes.